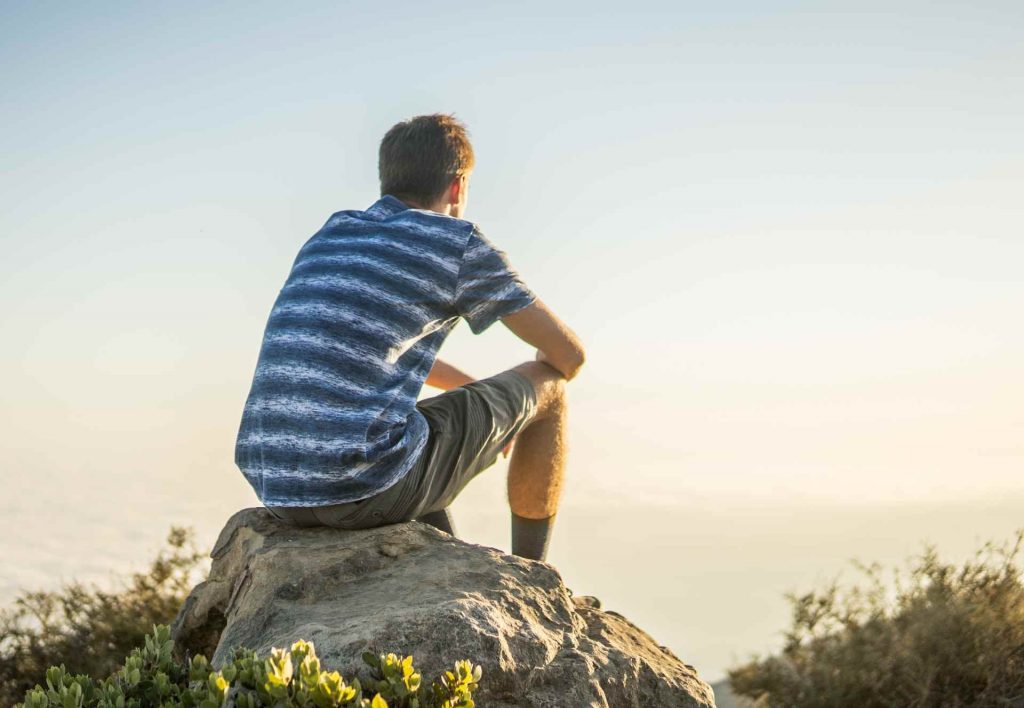 Changing your mind is the essence of changing anything, everything else is a gimmick and temporary. Because as it were, all of human potential is restricted or supported entirely through thought. Obviously also through action, but everything starts with thought. Your mind is at the forefront of every win, every loss, every perception, emotion, drive, and distraction. The thoughts and attitudes of our mind underpin all of our habits of action and how we conduct our lives from start to finish. Our thoughts and hence our internal world shapes and ultimately determines our reality and experience more than any other factor bar none. That’s not to say that we have full and unmitigated control of our destiny, only that we have a very personal and powerful leading role. However, not only do we tend to underestimate our part and power, more often than not we are unconscious of it – completely unaware that we are very actively scripting and scribing the personal movie appearing before our eyes.

The other possibility is self-awareness, an ancient concept that has been tried, tested, and found to be true. True in the sense that nurturing one’s self-awareness is quite simply the most effective way to change or improve one’s behaviour, one’s results, and one’s entire life. That may sound magical but reality has a mysterious and undeniable way of shifting quite radically once perception is broadened through greater self-awareness. Developing self-awareness then is about minimizing tunnel vision, learning to see better, and formulating a more accurate interpretation of reality. A reality that necessarily includes a far greater emphasis on our most original selves and on our internal realm of baggage and glory – of thoughts, feelings, emotions, motivations, compulsions, addictions etc. – that follows everywhere and affects everything.

Addicted to Looking Out

With respect to vision however – tunnel or otherwise – we see only what we wish to see or are capable of seeing. If looking in the wrong direction (usually outwards, rarely inwards), if there are blocks in the way (false beliefs, expectations, stereotypes, unacknowledged stress or trauma etc.), or if we only see through filters of past and future (through pain and regret, fear and uncertainty), then the view will be far less remarkable. As it mostly stands, vision and ‘reality’ tend to revolve primarily around the external world and all of its painful and pleasant shiny objects. For the majority of us, vision and reality revolve around a world of planning, doing, and acquiring.  A world of high stakes and high hopes, and always one of time, money, and competition. A never-ending procession of activity and objectives.

Consequently, the consideration and awareness of one’s internal world – a world rooted merely in introspection and non-judgement – is ignored to such an extent that for many of us – if not guys in particular – it is virtually non-existent. We then to put all of our faith eggs into worldly matters only to sooner or later discover an unexpected or lousy return. Likewise, relatively few bother visiting or exploring their inner space in large part because it is seen as boring, useless, and potentially quite uncomfortable in comparison to the world of action, schedules, and effective distraction. The balance between in and out, between here and there, and between now and then, has been completely distorted. Utterly devastated really.

And so, these typical ways of moving forward through life – of rushing through – is at the complete peril of greater self-awareness. It’s very similar to judging a book by only the cover, to buying a used vehicle without considering the mechanics, or like trying to make sense of music with tones alone while dismissing any value of the interlude between the sounds.  This mainly one-sided approach to life and living is a tremendous loss for individuals and the world at large because it is this internal landscape that is essentially ground zero for the manifestation of real self-awareness and the improved thinking and response that comes with it. In way of changing your mind and effecting change in general, it’s imperative to start as close to home as possible because home is where authentic strength and courage begin. Life in no uncertain terms demands both.

And while paying attention to the outside is obviously logical, normal, and damn-well necessary, if that’s all there is in way of our captivation, then as mentioned, that’s a skewed perspective. But as one starts paying consistently more attention to their habitual internal reality, the ability to foster meaningful change begins to grow. We start taking more personal responsibility as it becomes more and more apparent that pointing outwards and directing blame is useless and a waste of personal resources. We get empowered through the recognition that we in fact have more say in the matter… more choice as it were.

In addition however to merely becoming ‘aware’ of our personal reality – we eventually become more accepting, tolerant, and kind towards it. More significantly, towards our entire selves, towards the entirety of others, and towards the way things are. We cease to argue with reality as often, as forcefully, and we reduce imposing our agenda onto others and all over hell’s half acre. As the pre-frontal cortex becomes more and more activated, the fear inducing amygdala relaxes, and we evolve into more responsive, less reactive people. Life gets easier to negotiate and becomes more enjoyable and satisfying. This is the power of self-awareness and the more accurate perspective that comes with it. A perspective that includes your most authentic and original self. But if that’s out of the picture – out of awareness – then life will more often slant towards fiction and meaninglessness.

Interestingly, people generally think they have bucket loads of self-awareness but that seems unlikely considering relatively few are interested or willing to purposefully develop it. Just because someone’s eyes are open doesn’t mean they’re necessarily awake or in a useful space. The lights may be on but that doesn’t say anything about the homeowner. For example, talking to ourselves every moment of every day and having the judgements that accompany those conversations doesn’t qualify as self-awareness… at least not the more useful and genuine self-awareness I am speaking of. Truly stopping and becoming aware of those conversations and judgements comes closer. Taking 100 % responsibility for our internal states and for all of our contribution or lack thereof comes closer still. In any case, self-awareness doesn’t automatically happen because we’re human beings… perhaps to a degree it does but again that’s just the default/bare-bones version. And while there’s no denying that self-awareness to any degree is already an incredible thing, just imagine how much better we could do considering how little we capitalize on our brain’s potential.

And so instead of the more accurate and effective intelligence we are all capable of, many more decisions revolving around immediate gratification, relationships, and challenging circumstances end up getting made by, or at least strongly influenced by our auto-pilot – a less conscious decision-making system that disengages us from the present moment, from our spectrum of feelings and intuition, and therefore from a more rational ability to choose and respond. This ability to choose and respond unequivocally depends on presence and awareness as opposed to disengagement. Auto-pilot on the other hand depends less on careful moment-to-moment scrutiny and more on habitual, conditioned, and culturally programmed reactions. It serves to ‘protect’ us, regardless the severity or validity of risk and threat and it serves to make life easier, more comfortable, and more practical in the short term. Nevertheless, the options are always fewer because the view from auto-pilot is more limited. The survival-oriented nature of this operating system dictates that it has to be.

Although auto-pilot can be quite helpful and is perhaps even necessary to an extent, a life inclined towards this less conscious operating system eventually tends people towards the most comfortable decisions and experiences but ironically contributes to pain and damaging appetites of every flavor. This is the biggest problem with autopilot mode – that there is an instinctive and deeply ingrained desire to maximize pleasure and to avoid pain. And not just bona fide pain but any sort of remote discomfort… say that of trying different food, going for a walk, or sitting quietly without an agenda. The more one depends on/engages in autopilot, the easier it is to get caught in what is essentially a comfort trap – a life of choices dictated by immediate and spontaneous gratification that ultimately undoes unsuspecting men of all walks of life bit by progressive bit. In summary, auto-pilot is a default mode that leads insidiously to nowhere in particular, while self-awareness provides what it takes to get somewhere on purpose.

One of my few and only non-negotiable habits that I have been somehow capable of making stick is meditating almost immediately after waking up. I greet each and every day with silence and stillness, no exceptions. If I sleep in than it’s a briefer version but it still happens. And then a similar but always much shorter farewell immediately before tying in for the night. This is the space where all of my more accurate judgement is sourced from, and since I damn-well know this to be true, I no longer screw around with the schedule. The hardest part was getting out of my own way so that it was possible to show up consistently. Before, I approached meditation with a whole lot of hesitation, expectation, and judgement – my old version of logic. Now, I no longer approach it, I merely show up in trust. There’s no longer any need to question any perceived value because it is undeniable my life and perspective have shifted markedly. When it comes to inside work, logic generally just gets in the way. 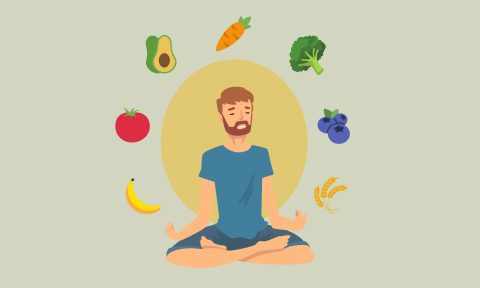 How To Eat – 9 Nutritive Principles to Emphasize

Aside from chronic stress, the food we eat is the biggest determinant with respect to health. Not genetics, not environment, 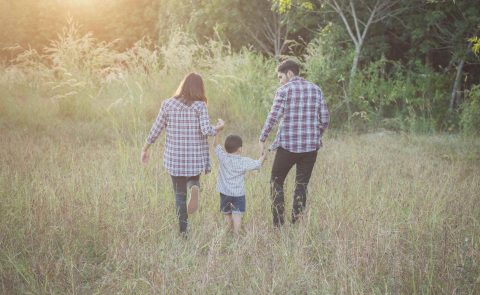 Integrity – The Missing Piece in Health and Masculinity

As Martha Beck says in her excellent book ‘The Way of Integrity’ – “Integrity is the cure for unhappiness. Period.” 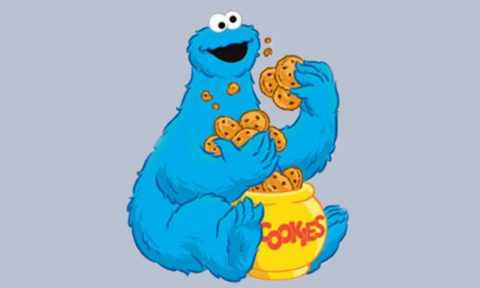 I believe in unrestricted and flexible eating – in being able to eat anything I want, whenever I want. Blasphemy?… 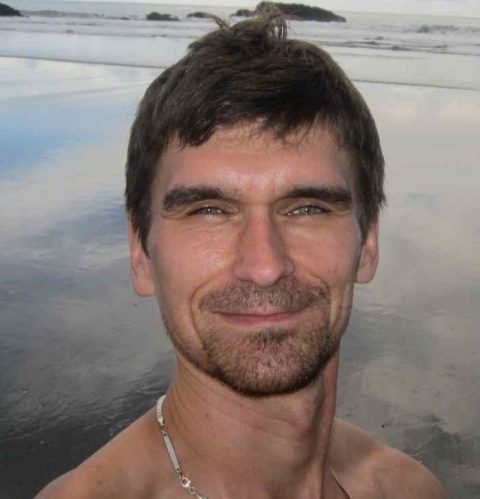 Kai Makowski is a registered holistic nutritionist, certified personal trainer, and men’s lifestyle coach who ardently believes in the ironclad promise of authentic masculine health and integrity. He lives in rural Manitoba, Canada, with his virtual assistant wife and their two ninja sons.

Get Your FREE Guide to Sustainable Weight Loss

You’ll also get my biweekly newsletter where I share summaries of significant nutrition and health research and my best ideas related to health & lifestyle, family & culture, and being a man.